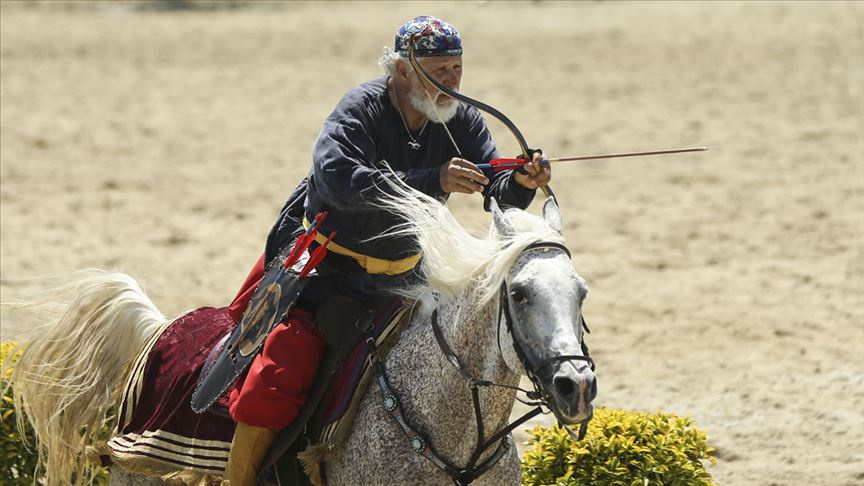 The Ethnosport Cultural Festival, organized by the World Ethnosport Confederation, will be held in Istanbul on October 3-6.

The festival, which is prepared to welcome one million visitors, will be held under the slogan "Pilavdan Dönenin Kaşığı Kırılsın(Never give-up)" highlighting perseverance, determination, and struggle. This year the 4th festival will be held at Ataturk Airport with the participation of 16 countries, including guest country Argentina. Approximately one thousand athletes will participate in the festival in 12 traditional sports including traditional archery, oil wrestling, shalwar wrestling, belt wrestling, ABA wrestling, mas Wrestling, Mangala, aşık atma, equestrian javelin, kökbörü, equestrian archery, and pato.

The festival, which will feature 250 athletes in the wrestling category alone, will also host an oil wrestling festival for four days. Berkin Aras, who won the gold medal at the fifteenth Equestrian Archery Championships in South Korea this year, will also compete in the equestrian archery category.

Participants who will watch competitions in the organization will be able to try many sports and games, such as Arrow throwing, horse riding, Asik, and Mangala game, free of charge, under the supervision of professionals.