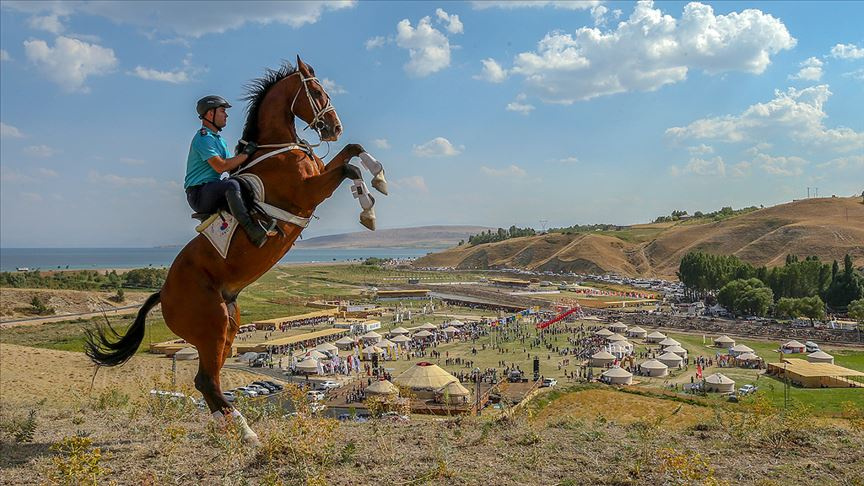 The Enthusiasm of Malazgirt Victory in Ahlat

The 948th-anniversary celebrations of the conquest of Malazgirt, supported by the World Ethnosport Confederation (WEC), have attracted a great deal of attention.

948 victory of Malazgirt in the Ahlat District of Bitlis, which is described as" the entrance gate of the Turks to Anatolia." the anniversary celebrations continue. "1071 Sultan Alparslan Ahlat Otağı" was founded in the 400-acre area of Tsarhomevki three days of interest in the activities of the citizens formed a density.

The Kirghiz Turks ' kökbörü, horse-drawn archery, archery, javelin, and wrestling competitions were the scene of colorful images of the events, wrestlers from many provinces of Turkey have fought karışı. Demonstrations in which the mounted troops portrayed the art of war were also watched with interest by the citizens. In the tents in the area, citizens who studied traditional handicrafts made by state artists rode horses and shot arrows in the event areas. The children also had fun playing classic children's games in the sections prepared for them.