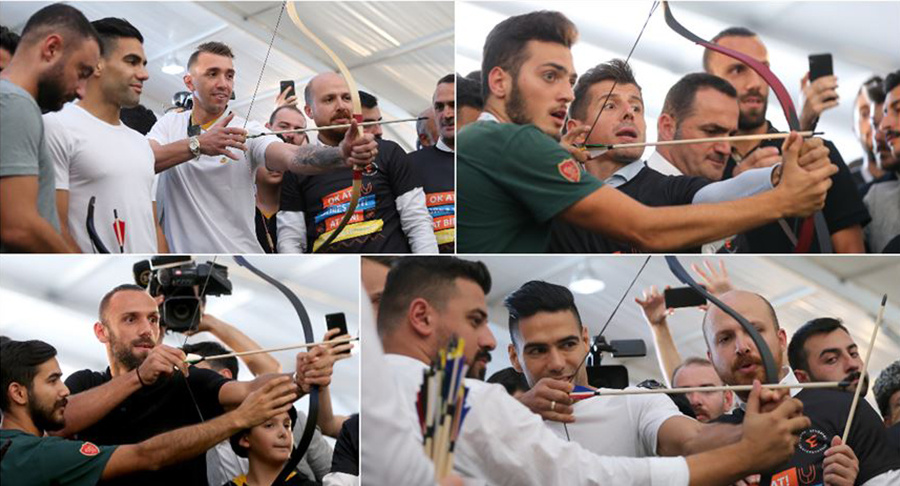 Galatasaray's Fernando Muslera and Radamel Falcao, Fenerbahçe's Emre Belözoğlu, Vedat Muric also participated in the first day of the festival, which was held at Ataturk Airport where Anadolu Agency is the global communications partner.

Footballers had to be put in a golf cart because of the stampede during which players left the field. Meanwhile, due to intense interest, the vehicle had difficulty moving for some time.