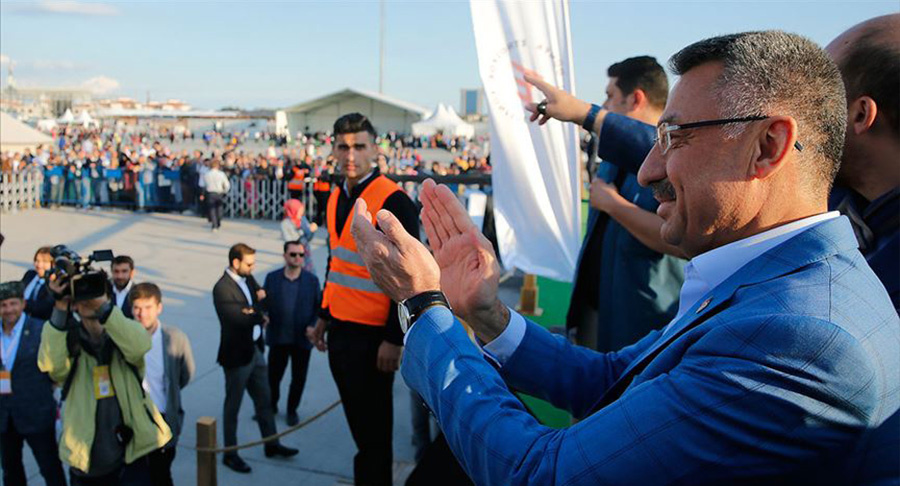 Türkiye's Deputy President Oktay: It is Perfect for Children to Meet Ancestor Sport

Vice President Fuat Oktay, "it is very nice for children to meet their ancestral sports, to establish a connection about where they come from.” quoth.

In addition to traditional sports in 12 branches, meals, crafts, and children's games, which are an essential part of Turkish culture, were introduced to the citizens at the festival, which was attended by Vice President Fuat Oktay. Fuat Oktay, who made statements to members of the press here, emphasized that it is a fun organization, "it is beneficial for children to meet their ancestor sports, to establish a connection about their roots. It is also crucial to build a bridge between the past and the future. If we try to explain this to the children as parents, there's no way they're going to listen to us. They get a taste of it in this environment. It's a beautiful and wonderful environment. Congratulations to our federation for leading such a study. I sincerely believe that the number of participants and athletes will continue to increase in the years to come. "he said.

WEC President Bilal Erdoğan stated that they extended the closing of the last day due to interest, "we had an adorable four days. We struggled with a bit of rain and a storm in between. It was unfortunate for us, but we saw the enthusiasm and participation of people today. Seeing people arrive at the time when the festival was supposed to end forced the closure to extend to 21.00, "he said.

The Shalwar Wrestling World Championship was held in Kahramanmaraş