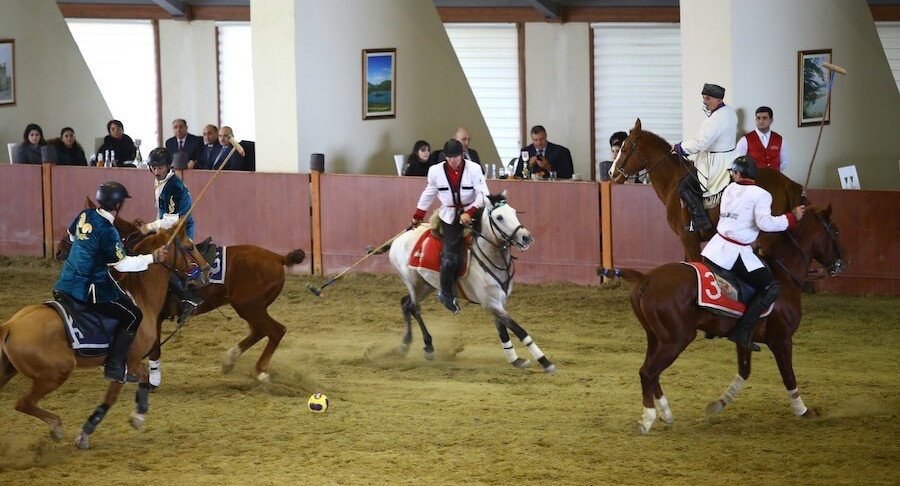 ‘Omar’ is the Winner of Chovgan Final in Azerbaijan

Omar team has won final match of Chovgan Presidency Cup that was organized in Azerbaijan.

WEC President N. Bilal Erdoğan, who attended to Soapwort Presidency Cup Final that was organized in Azerbaijan as guest of honour, watched the match together with Azad Rehimov who is Azerbaijan Minister of Youth and Sports and Ebülfes Garayev who is Minister of Culture, Elçin Guliyev who is Commander of State Borders Services and President of Azerbaijan Equestrian Federation (ARAF).

Erdoğan who spoke in ceremony organized before the match, said that they are happy to see that people of Azerbaijan protect their own traditional sports. Erdoğan who stated that Azerbaijan hosted various international sport events successfully, said that “Azerbaijan will demonstrate the same success for improvement of our essential sports. Improvement of Chovgan in Azerbaijan will make it known also in Turkey. Cooperation between us in traditional sports, will reinforce friendship of these two brother nations”.

Elçin Guliyev who is Commander of State Borders Services and President of Azerbaijan Equestrian Federation (ARAF), stating that they improved ridings, mentioned his pleasure for participation of N. Bilal Erdoğan who is President of WEC.

Omar team won the final match between Omar and Buta teams. Players of winner team toured around on horses with Azerbaijan and Turkey flags. Cup and medals of winners were given by Erdoğan and Guliyev. At the end of the event, plaquets and gifts were given to Erdoğan by Guliyev. 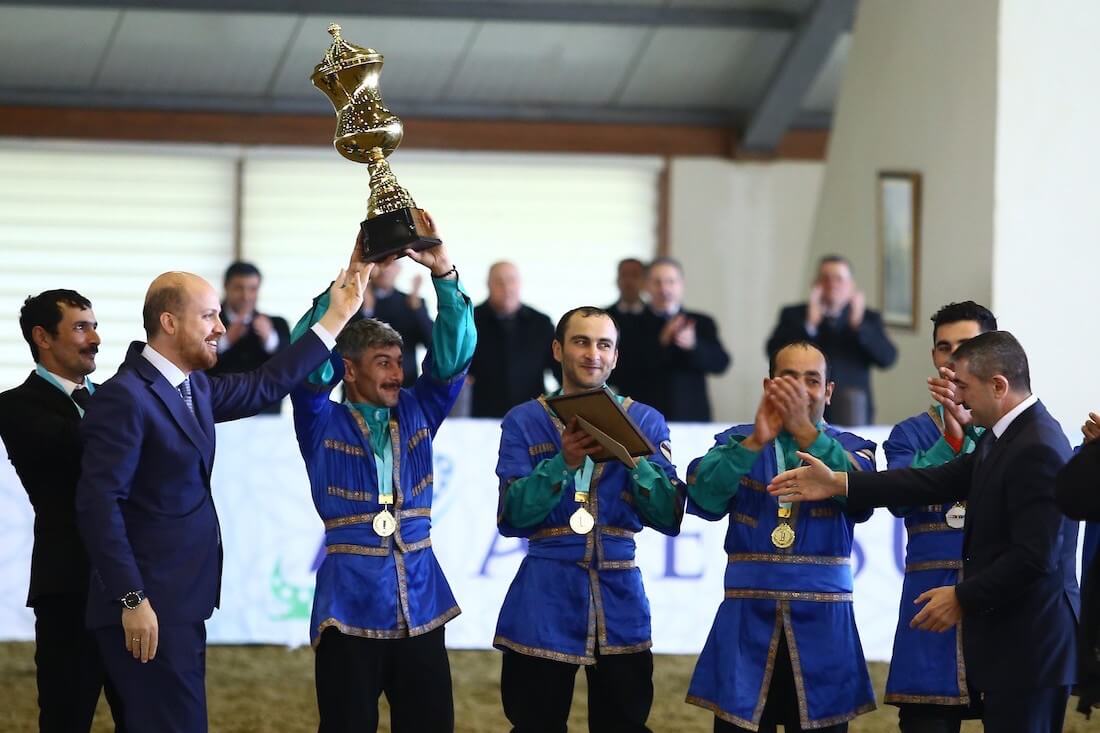 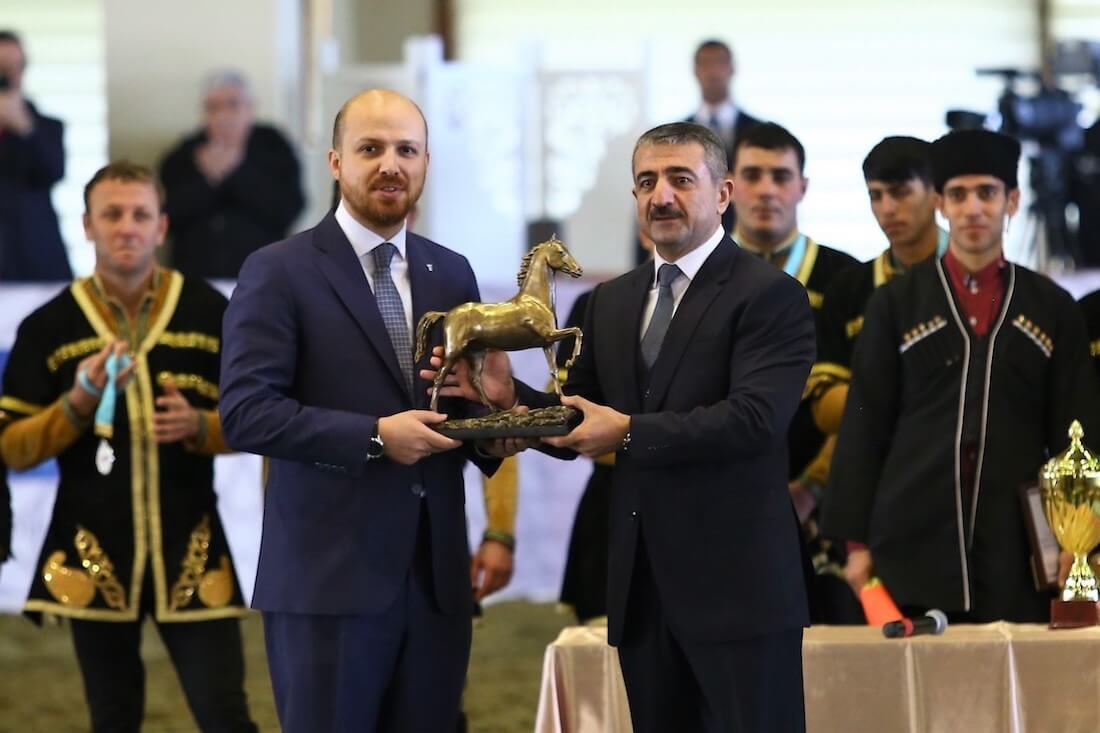 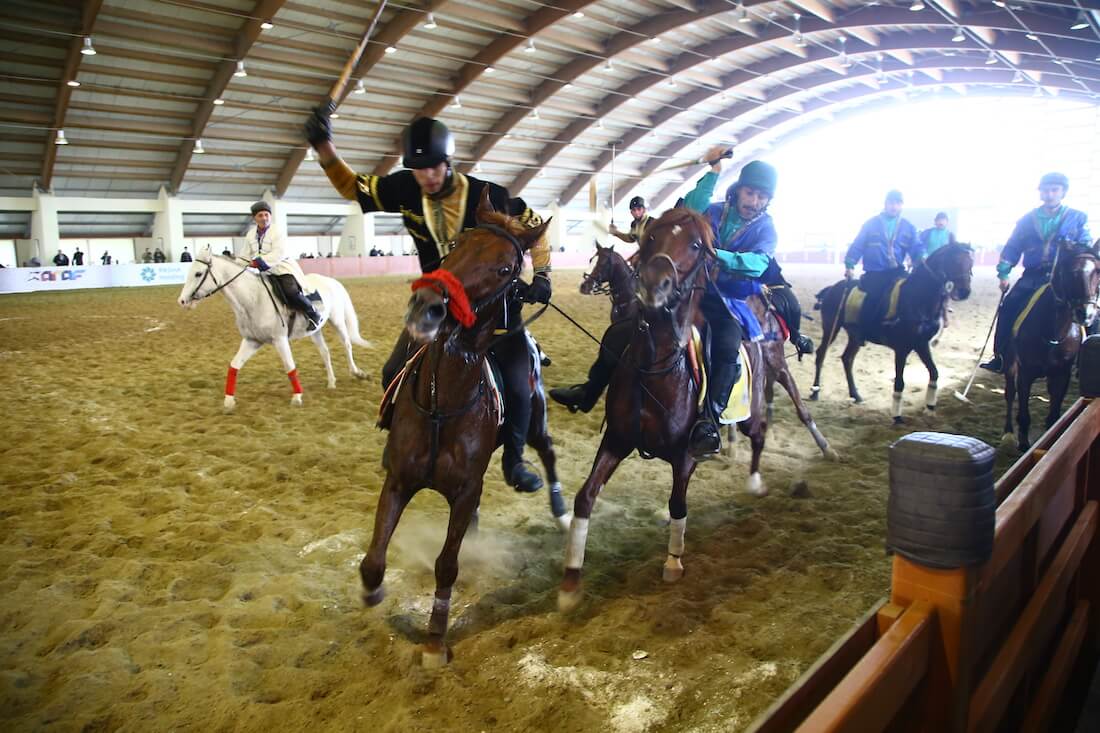