The World Etnosport Confederation (WEC), a cultural festival organized by Etnosport, 4 days, 12 categories that occur in sports, cultures of 16 countries, which bears traces of the traditional delicacies, crafts and children's games was the scene of one of the world's biggest sports and cultural festivals. At the festival held at Yesilköy Atatürk Airport, thousands of athletes struggled to win in competitions held in 12 different traditional sports.

The festival organized by The World Etnosport Confederation (WEC) under the motto of “Pilavdan Dönenin Kaşığı Kırılsın(Never Give-up)” and “shoot arrows, wrestle, ride horse’’; transformed into a celebration of traditional sports events and culture with colorful and contentious struggle Ethnosport Culture Festival, visitors for 4 days to be forgotten, bearing traces of traditional sports took me on a journey of indulgence and culture. The festival, in which thousands of athletes representing different countries fought with determination and determination to win, also played a leading role in traditional events and tastes unique to the countries. With the mission of WEC's promotion of traditional sports like; archery, oil wrestling, shalwar wrestling, girdle wrestling, ABA wrestling, Mas Wrestling, mangala, aşık atma, horse javelin, kökbörü, horse archery and Pato in many sports, including competitionswhich they stuck in were exhibited to visitors. Visitors chanted, " Shoot arrows! Wrestle! Ride horse!" and they had the opportunity to experiment with traditional sports. This year, the festival was the first to perform our Ancestor Sport- Wrestling, offering visitors the opportunity to try out.

The horse-drawn demonstrations held throughout the Festival drew intense interest from visitors. In the field of equestrian sports, the Azerbaijan-Karabakh equestrian show, the show of Pato athletes from Argentina, kökbörü, javelin, and archery shows were held. The surprise competition between Argentina's national sport, the Pato team, nd Turkey's Kökbörü team took their breath away. As the players of both sides competed gentlemanly with each other, the unifying power of traditional sports over a sense of brotherhood was laid out. At the festival, where 135 horses were kept to give all visitors, including children, a horseback riding experience, visitors formed long queues to ride. In the Festival area, children rode ponies, while citizens had the opportunity to ride horses accompanied by professionals.

The Festival became a full oil wrestling festival with the participation of 300 wrestlers, 40 of whom were chief-wrestler with the 3rd Fateh Oil Wrestling. In the 3rd Fateh Oil Wrestling, wrestlers representing different countries fought each other. Ismail Balaban (Chief Wrestler) won the wrestling, Semih Turgut is second, Cengizhan Şimşek and Ismail Erkal finished as third. During the most challenging battles between wrestlers, there were exciting moments. Interesting images revealed during the struggles, combined with enthusiastic cheering from visitors, made the festival's grandest moments alive.

The Ethnosports cultural festival also offered visitors the opportunity to try out oil wrestling this year. From 7 to 70 visitors from all walks of life formed queues for a wrestling challenge. The oil wrestling, Aba wrestling a, d Mas wrestling competitions held at the festival gave thousands of visitors joyous moments. The visitors supported the athletes with their chants during the wrestles.

They Stop at Nothing

Visually impaired athletes competing in the 2nd Turkish visually impaired Mangala Championship, which took place during the Festival, received one of the biggest cheers of the festival. The disabled showed everyone their extraordinary abilities without any obstacles with the spectacular performance they put out.

At the festival, archery, a sport as old as human history, was represented by the extraordinary talents of children. The archery sport, which instilled the children to be locked into the goal and to work with determination and determination to achieve the goal, provided the most fun and also instructive moments of the festival with the children's representatives. The ambitious child athletes of the sport of archery have amazed visitors with their extraordinary talent. The elders also showed interest in archery activities. Representative battles with non-pointed arrows with safety precautions created amusing images.

Throughout the Festival, parents had the opportunity to participate in traditional sports with their children. Children from each age group meet some classic Turkish games as; spinning top, Square, tic-tac, kale, pansies, fall, Bounce Ball, bezirganbaşı, three stone, five stone, nine stone, marbles, jump rope, swing, sack races, egg race handling, spoon puppet, fairy tales, riddles-cubes mania, rural folk games, Trump game, hopscotch, children's theatre, grabbing a tissue and was introduced to traditional games such as leapfrog. They also had the opportunity to experience many sports and games such as Arrow throwing, horseback riding, Asik, and Mangala, with permission from his parents, under the supervision of seasoned professionals.

At the festival, the presidency of Turkish and Kindred Communities Abroad, The Presidency of the Turkish Cooperation and Coordination Agency (TIKA) and the Ministry of Culture and tourism supported the presentation of many country cuisines to the delight of the visitors. More than 50 traditional tastes of 16 countries, including Moldova, Mongolia, Uzbekistan, Pakistan, Senegal, Sudan, Tanzania, Tunisia, Ukraine, Yemen, the festival attracted almost an influx of visitors in the area of universal tastes. Long queues formed in this section where cooking events and treats took place from Country Kitchens. By participating in cooking activities from country cuisines, visitors learned the methods to bring these unique flavors into their kitchen, leaving indescribable marks on the palates.

Local cultures also played a role in the events held in the Oba areas of the festival. Local customs were introduced within the scope of these activities organized under the titles of Gelin Toyu, Beşik Toyu, Tusho Toyu, Geştek Toyu, Göktürk Alphabet workshop, local rituals and also Kilimhane, Demirhane workshops. Communities representing 16 Central Asian countries in the area, as well as different provinces from seven regions of Turkey, also set up their tents. In these tents, traditional dishes representing Turkey were also part of the flavor feast.

The festival ended with hours of the closing ceremony at the end of the fourth day. 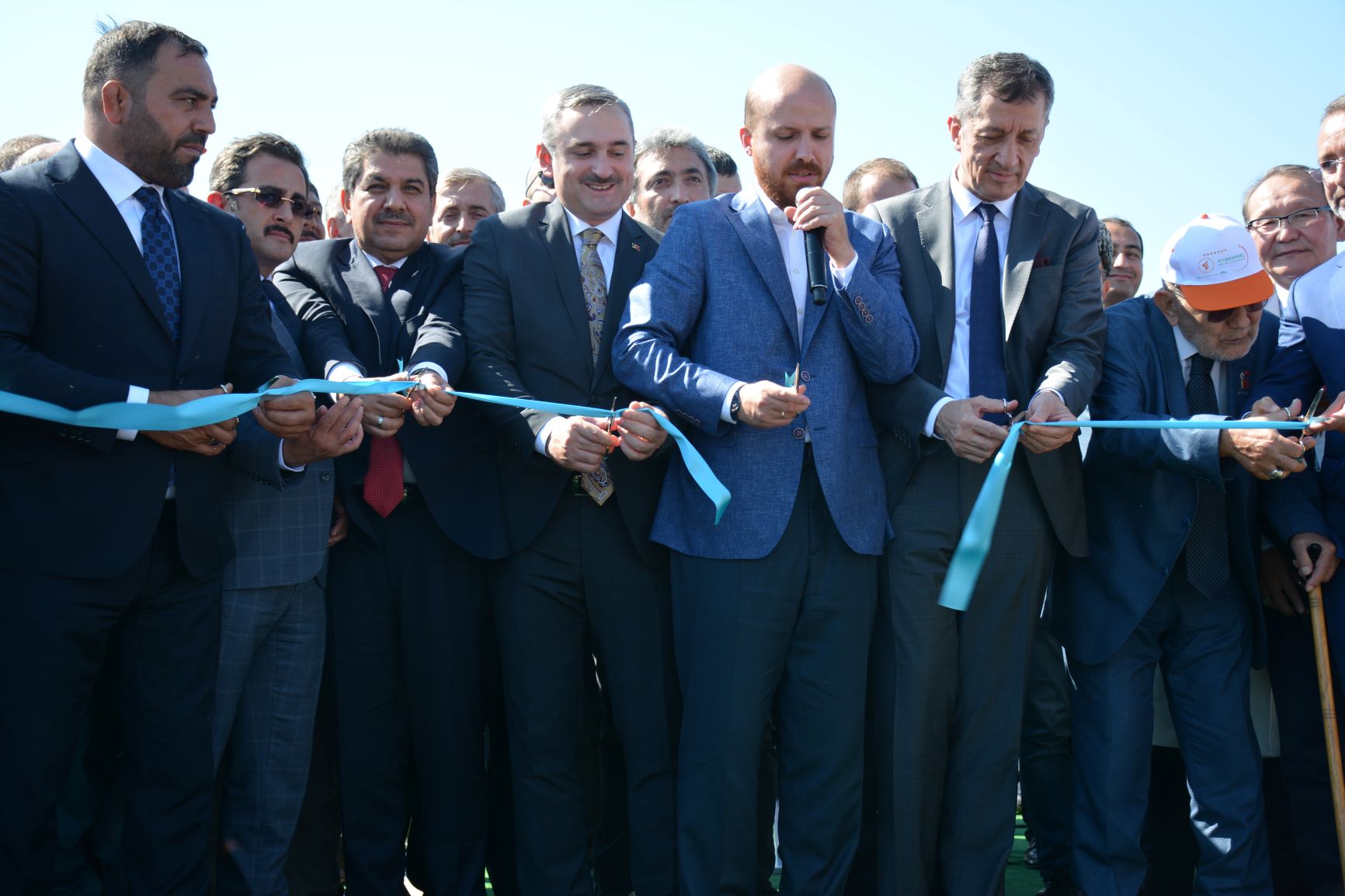 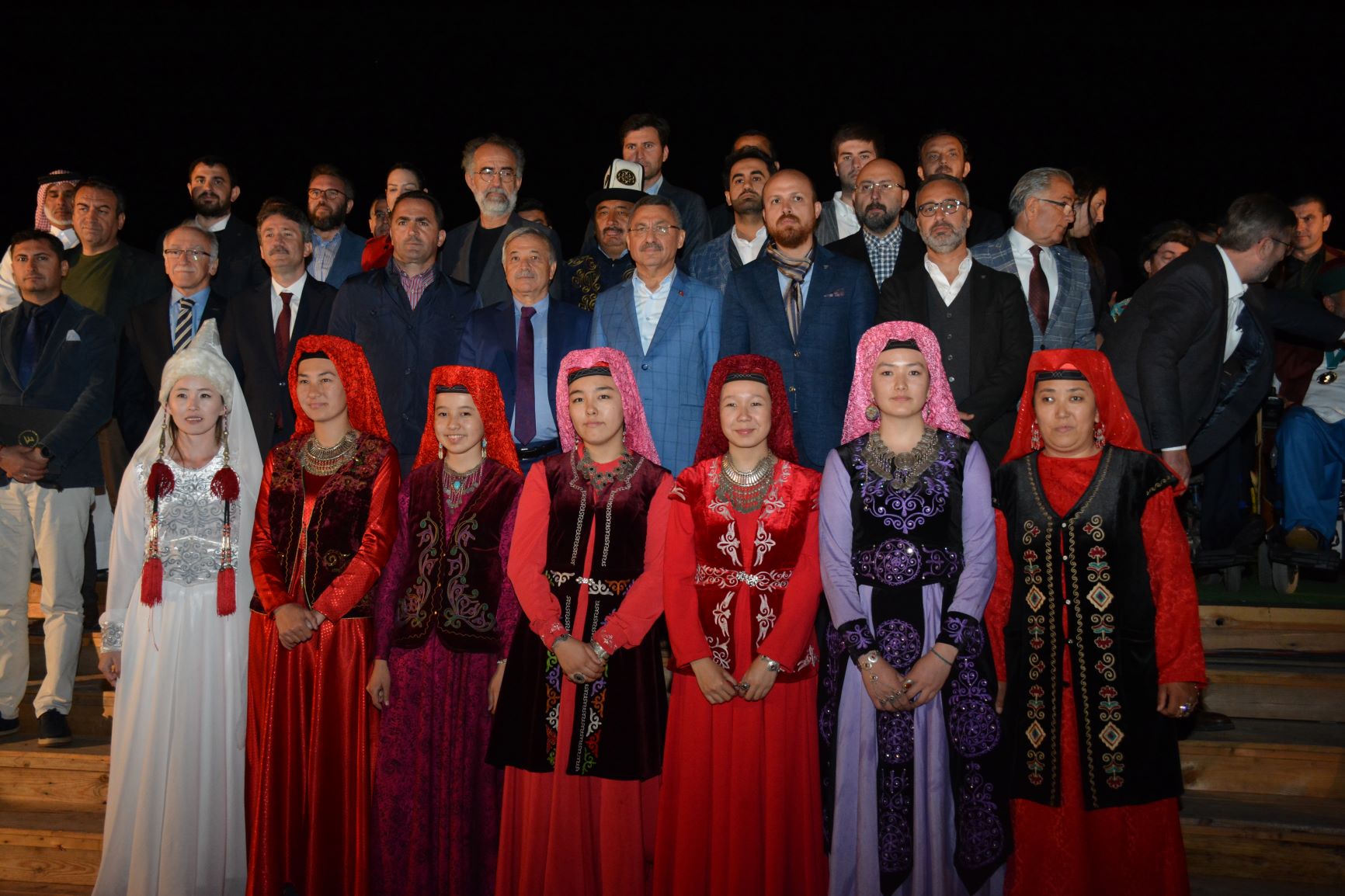 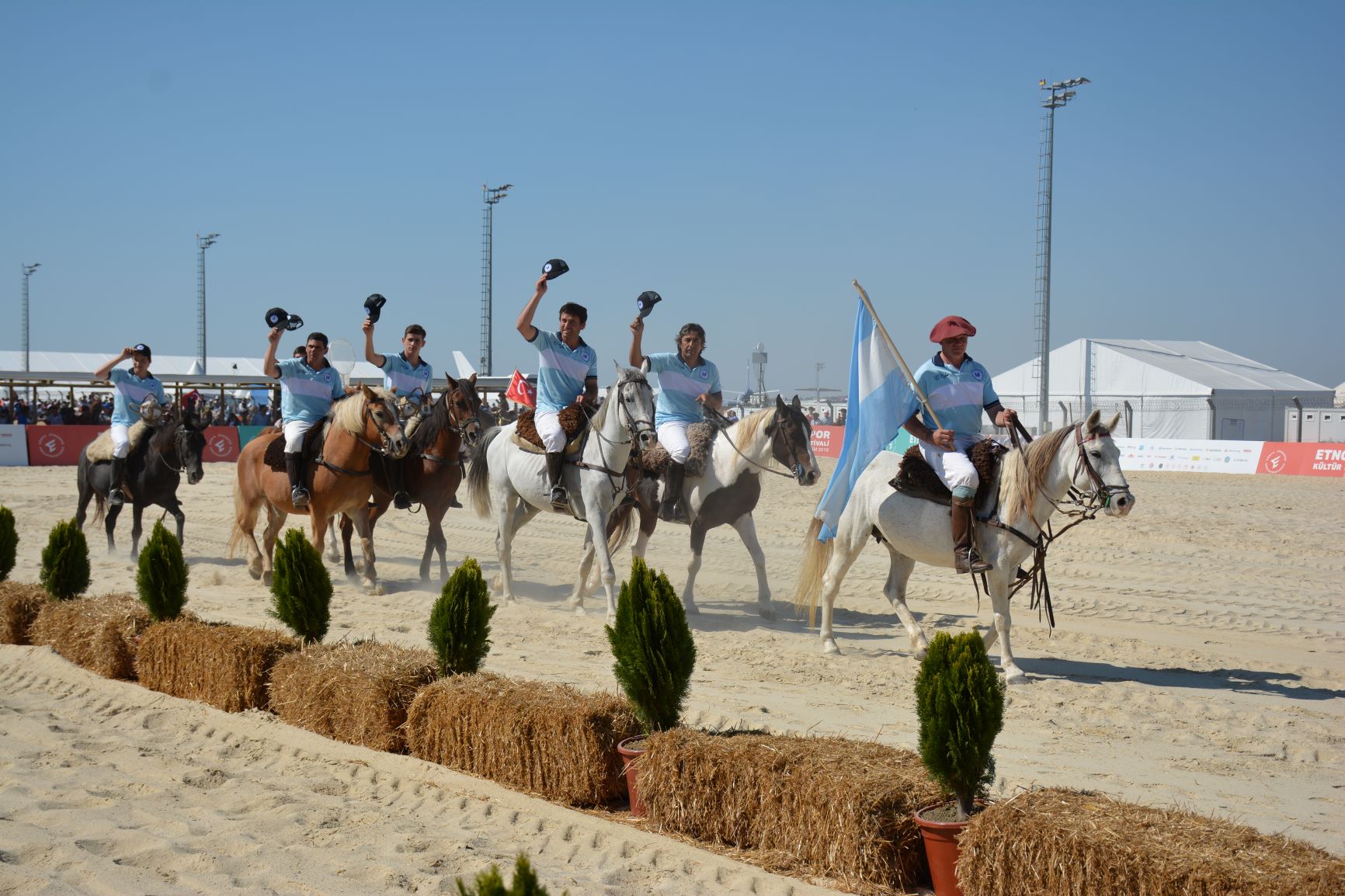 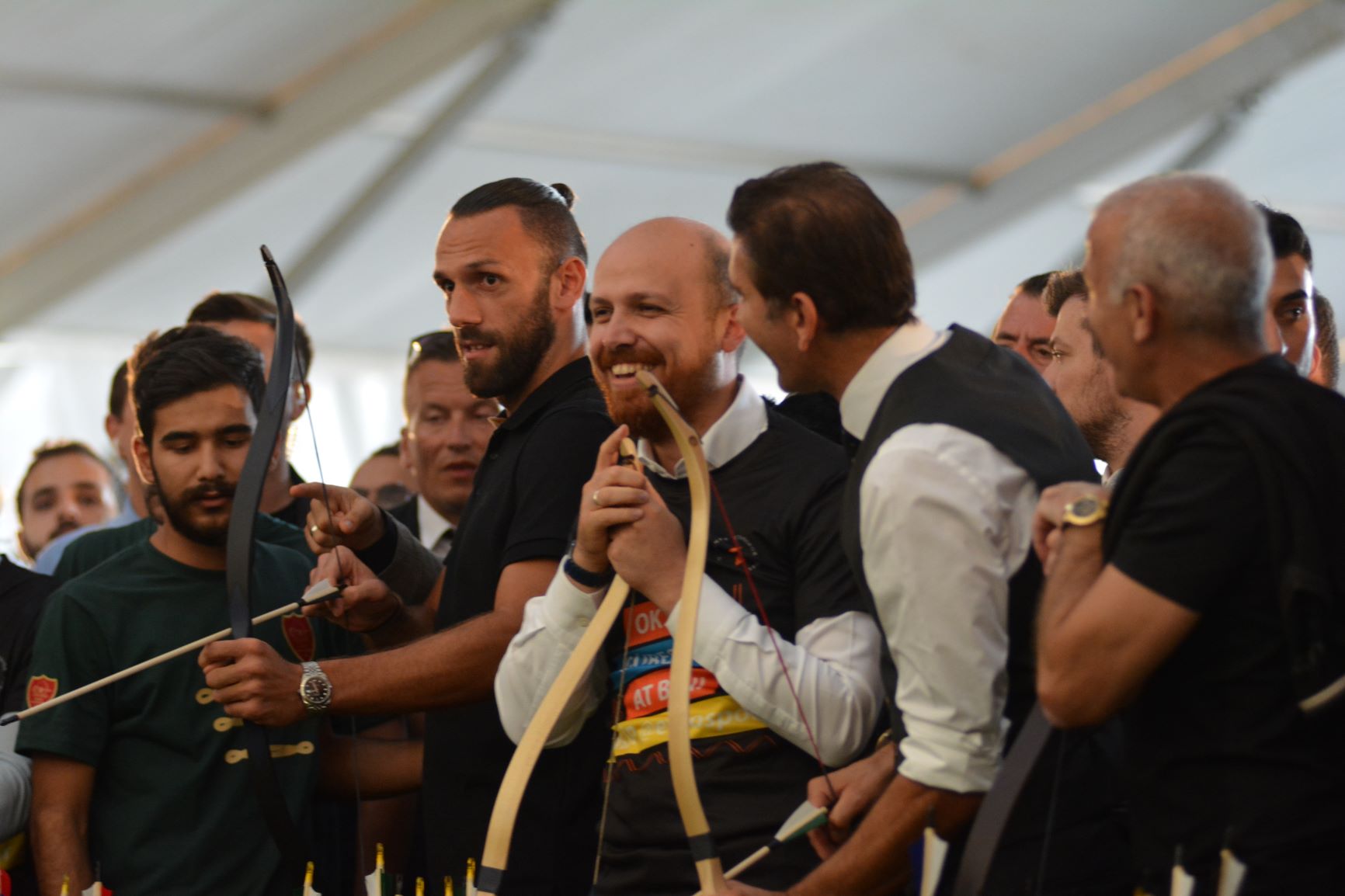 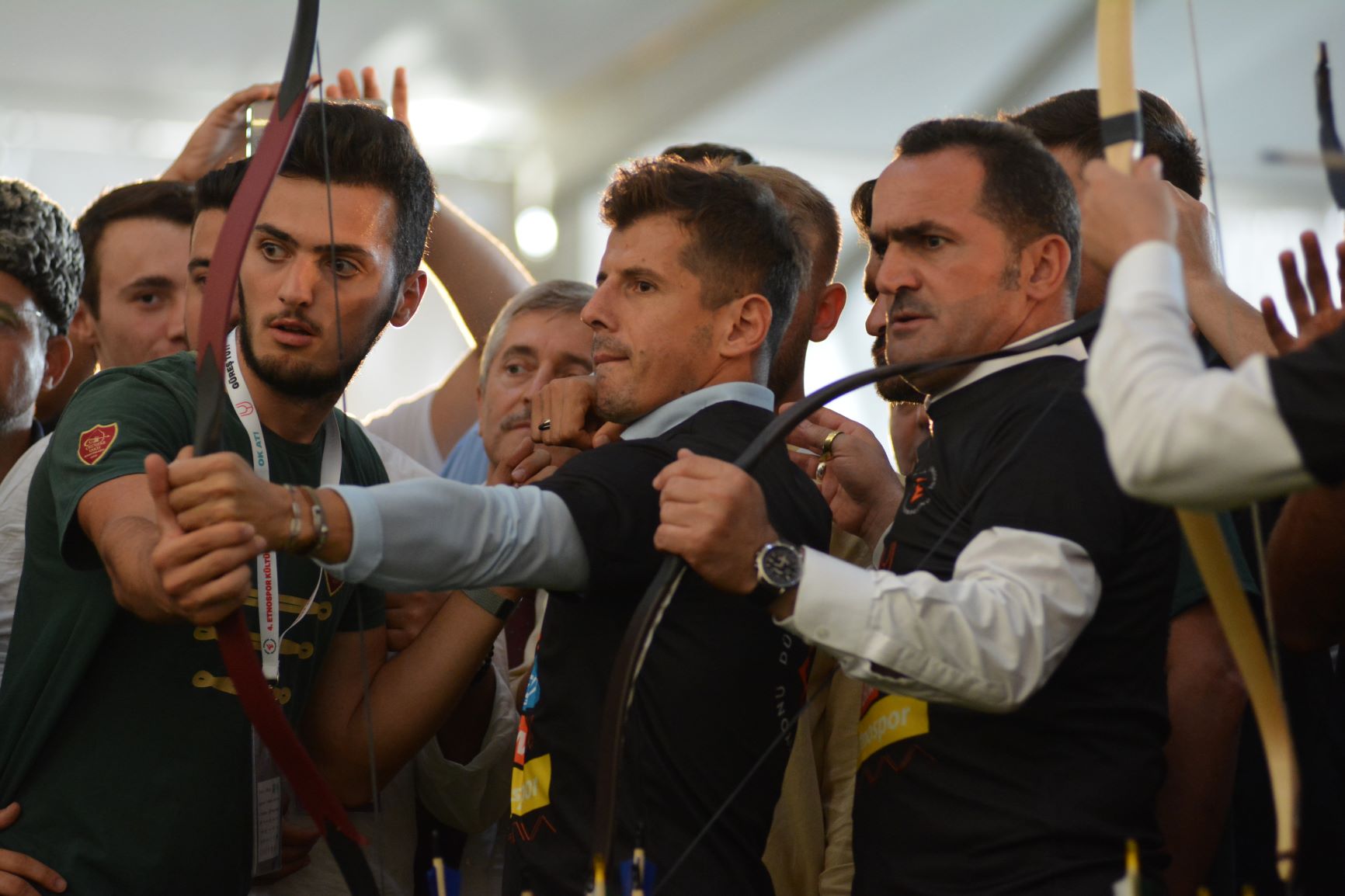 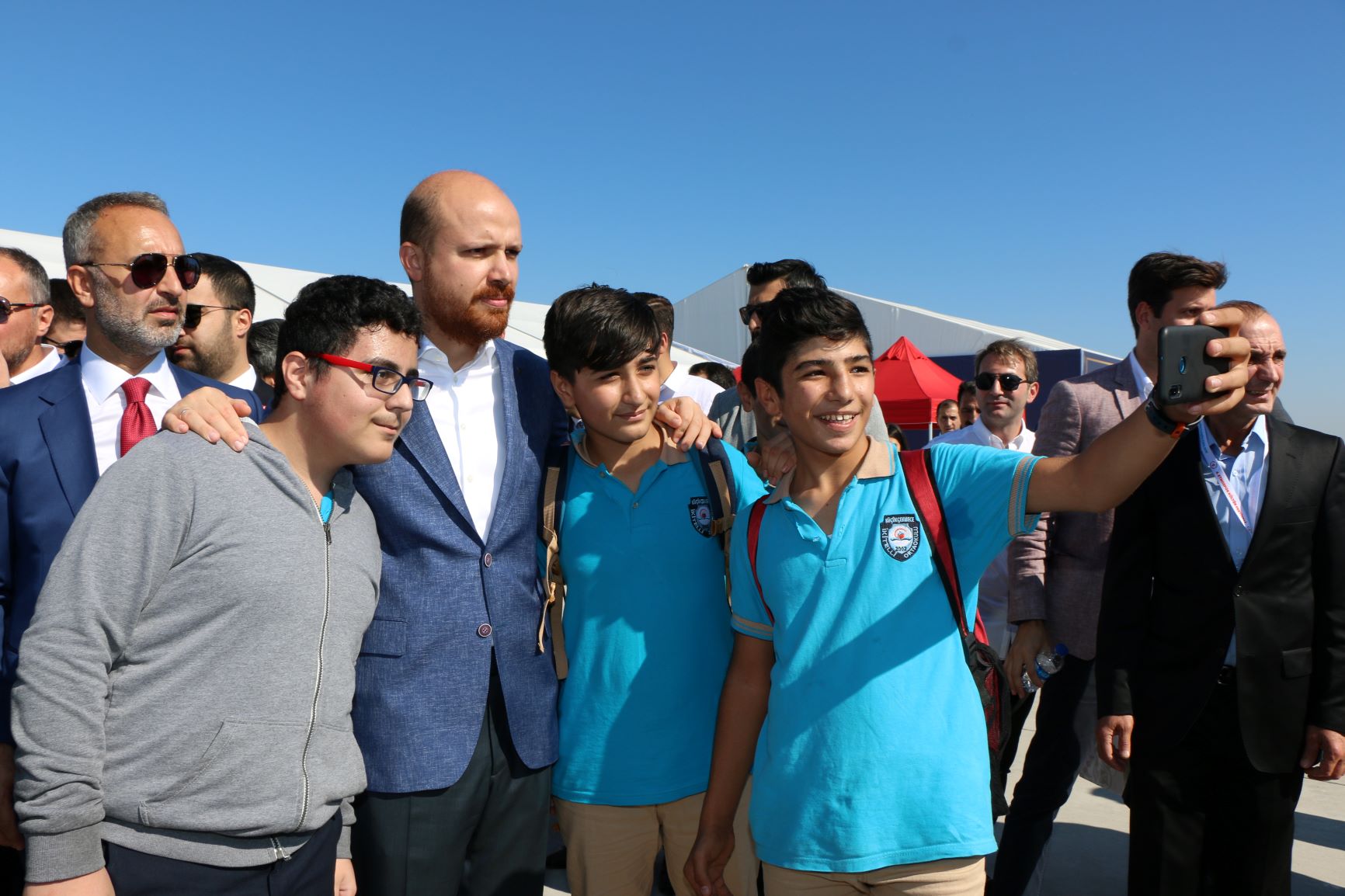 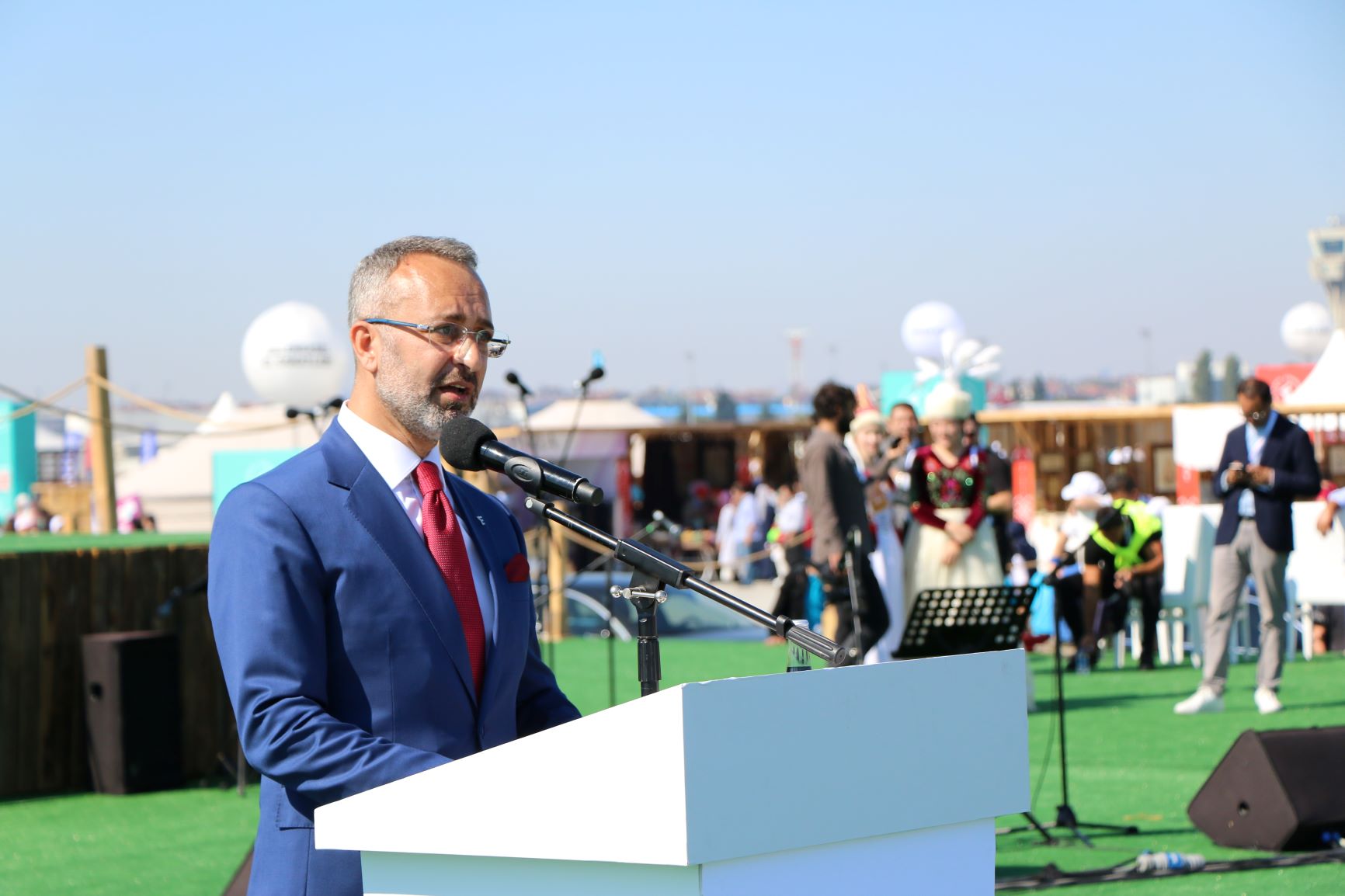 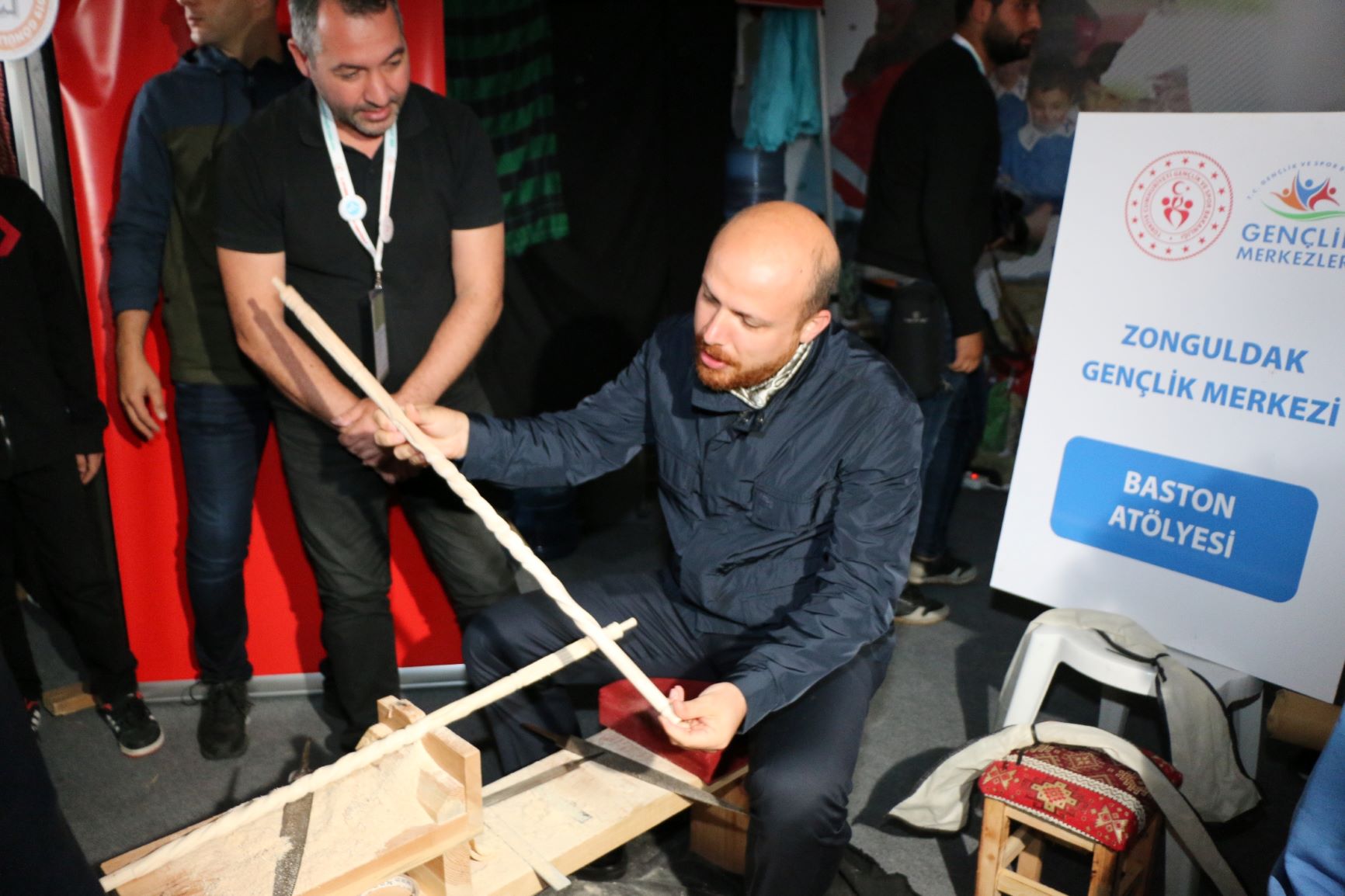 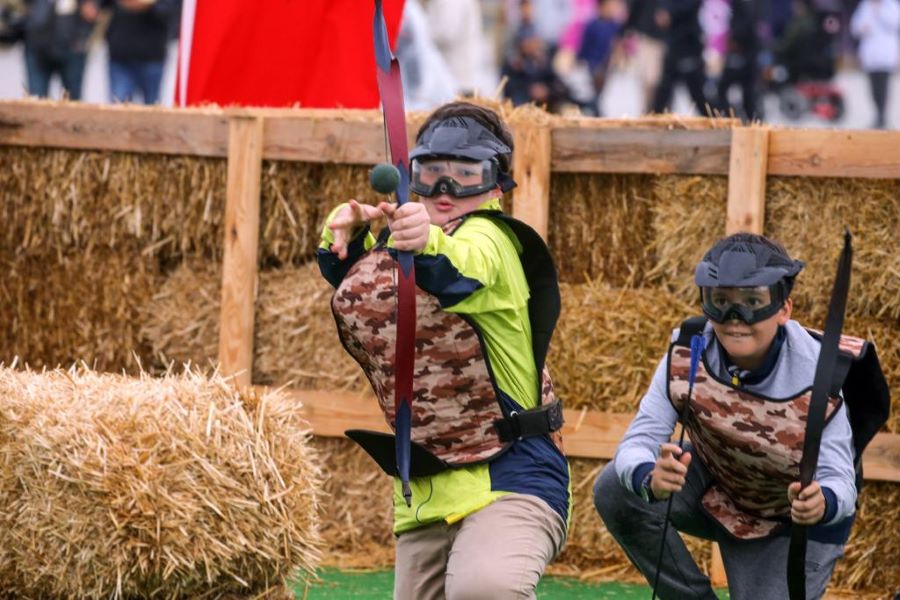 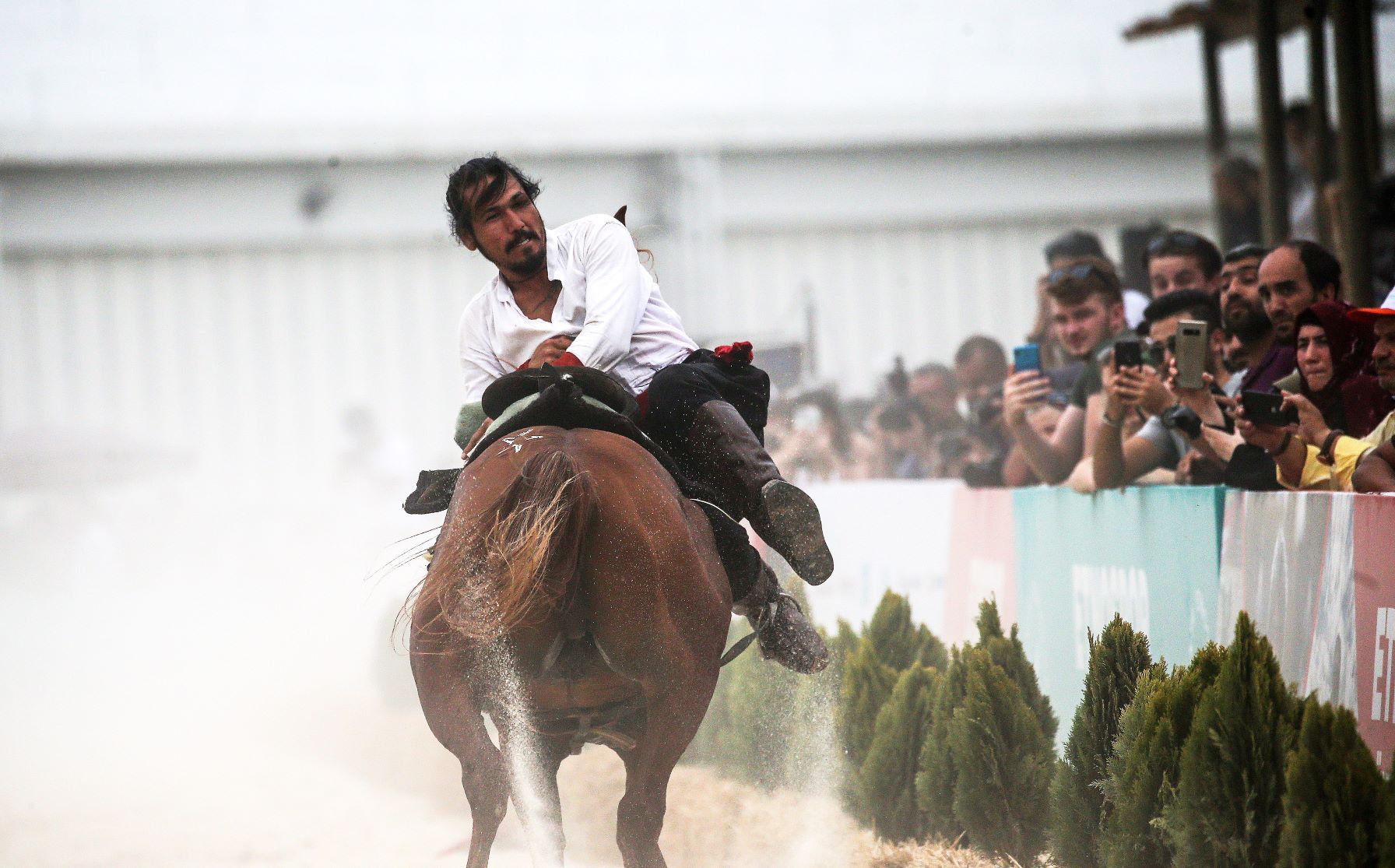