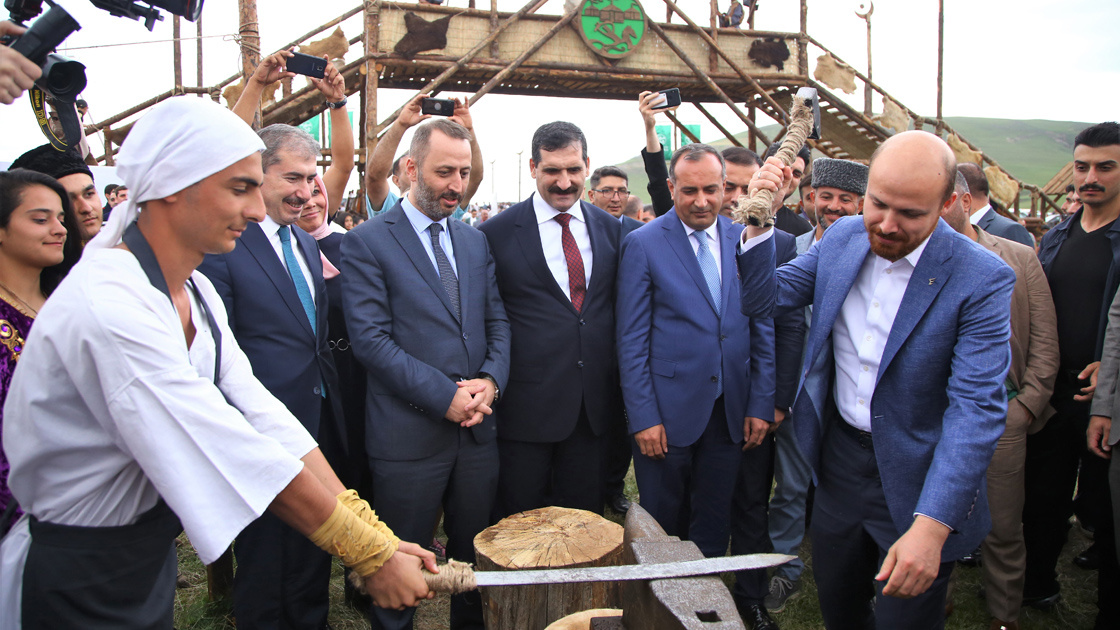 The National Highland Festival, which was held for the first time in Azerbaijan and where Bilal Erdoğan, President of the World Ethnosport Confederation (WEC), was the guest of Honor, attracted considerable attention.

Thousands of people from 16 countries attended the opening of the festival organized by the Cevat Khan history and Culture Foundation and Gedebey Governorate in the Duzyurd-Miskinli Plateau under the leadership of the Turkish Cooperation and Coordination Agency (TIKA). There was intense participation in the festival, which was held for the first time in Azerbaijan. The event started with the representative Dede Korkut greeting the guests and the Iron Forge ceremony was held, the artisans ' corner and Sunday Place were visited in the ethnic town which was established in the festival area.

Bilal Erdogan, president of the World Ethnosport Confederation (WEC), made his speech at the event where he was the guest of Honor, stated that Azerbaijan had signed prominent sports organizations in recent years. Erdogan noted that the youth of Azerbaijan care not to forget their national sports, he said:

"Because if we lose our culture, we lose our independence. Those who want to defeat us want to invade the inside of our heads when they can't get into our territory. They do it with their culture, their music, their Sports. If we don't claim our own culture, then those who want to defeat us will succeed. We have to stand up for our culture and our values. As the World Ethnosport Confederation , we give this message not only in the Turkish world but in the whole world. All nations of the world have the right to live their sports. I hope that the National Highland Festival will contribute to the development of national sports in Azerbaijan and will be a means of attracting the attention of the Azerbaijani public to this issue."

After the speeches, the acrobatics show performed by Azerbaijani riders with Karabakh horses attracted attention. Erdogan, who hit the target with an arrow at the end of the event, drew massive applause from the audience.