This is the type of wrestling where wrestlers wear "aba" on their backs and tie a waistband. It is currently played in Hatay and Gaziantep regions. However, the wrestling styles of the two regions differ as Competitive and Overthrowing Aba Wrestling.

Competitive Aba Wrestling Grounds are grass or soft sea sand, and their dimensions are 30 x 30 m. The grounds are enclosed with barbless wires or ropes. Since Competitive Aba Wrestling games are held at night, the necessary lighting is provided. In case adverse weather conditions or other forcing conditions arise during Competitive Aba Wrestling games, the games continue indoors. Aba Güreşi seems like the oldest wrestling style. This wrestling style was practiced by Scythians, Sakas, Uighurs, Kharahans, Mongols, Uzbeks, Khazaks, Caghatays and Kızık Turks who live in Gaziantep and Antakya. Aba wrestling is the first wrestling style played with clothing. Wrestling was a competition and military training tool in Central Asia, and was taught by the Turkish to Chinese in 4th century B.C.E. Judo, a contemporary Far Eastern martial art, is a modernized and modified form of Aba Wrestling. Trouser wrestling, which is played in Sweden today, is thought to be taught by Hun Turks who settled in the Baltic region during migrations. Athletes first untie their waistbands, and remove their abas after the game is over, and drop them to a predefined place. Since untying the aba and randomly throwing it before leaving the grounds wouldn't comply with sports ethics, it is referred to the punitive board. 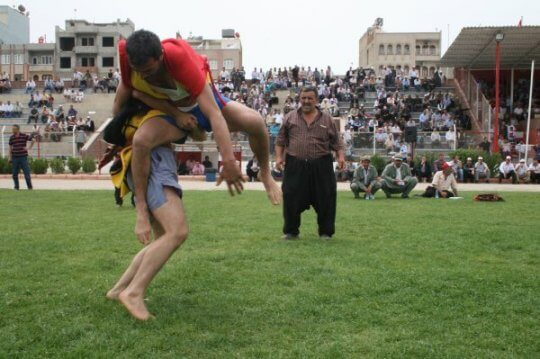 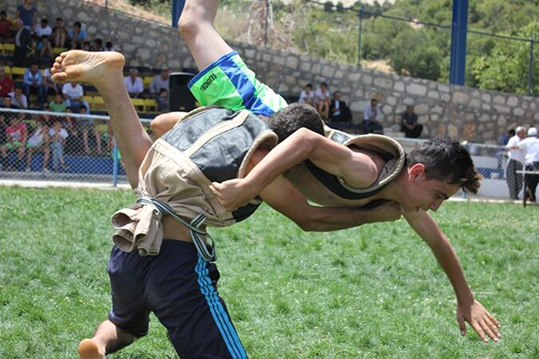